When I read haiku for the first time in my life, I just fell for this form of poetry. Haiku is the brief but powerful and perhaps the most confined way of expressing your reaction about a natural happening, incident, season or even if you would like to talk about a cat’s eye or a dog’s way of sitting in your couch, if you want to say it all with a poet’s imagination and an observer’s fascination, haiku poetry would be the best medium then to elaborate all this.

Haiku, actually, works like a snapped picture of a beautiful image, it also includes the reflection of that image upon the spectator’s soul and mind. Like a professional photographer, the haiku poet captures the image from every possible angle and draws it beautifully and imaginatively before the audience, with a pleasant touch of simplicity and reality in it.

Matsuo Basho is recognized as the greatest master of haiku. He was the famous poet of the nineteenth century. But his works are still famous and are a source of inspiration for new haiku poets and readers from around the world. His beautiful use of images in his poetry and the nice use of kigo and kireji is really unsurpassed. His poem on winter draws back some lovely memories of wintry weather.

“Winter Solitude…
In a world of one colour
the sound of the wind.”

His haiku for the new year is truly soulful.

And the one regarding the passing of youth and the coming of old age is highly imaginative.

“year by year,
the monkey’s mask
reveals the monkey”.

His famous haiku about a frog jumping in a pond is captured like a real moment, the readers would be themselves listening to the sounds of water.

“The old pond;
a frog jumps in__
the sound of the water”.

Whenever I read haiku, I feel it delving into my soul like a thing of solace, like you are living close to the nature, to the sounds of birds and seasons. My first ever haiku that I wrote four years ago was about the fruits of summer, I would like to share it here,

“The fruits of summer,
visible before my eyes….
Feeling glorified.”

I hope, my love for reading and writing haiku would keep on growing every time I read it or write it. And it’s not only me but the rest of the world would also feel the same way, I believe in it.

Maryam Qureshi holds an MA in English Literature and Linguistics. She is a poet and writer. Her work has appeared in several journals published by Profilic Press Inc. (Publishing house in USA).

2 thoughts on “Haiku Poetry : A Place Of Solace”

This site uses Akismet to reduce spam. Learn how your comment data is processed. 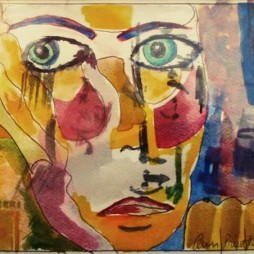