While pursuing my major in English Literature I came across the terminology ‘choral voice’, the voice that acts like a critic, a warning, a voice of accountability, behaving like a torchbearer and a future seer that is criticizing the main characters in the drama for going astray and trapping themselves in a situation that might result in a devastating plight. In a traditional tragedy the choral voice is a chorus song and in modern tragedy the chorus is symbolized by a character who is advising wisely the other characters for their foolish acts, the acts that would make them ashamed of themselves in the long run if they are not denouncing them now.

And when we look at our real life, analyzing it deeply and profoundly we will understand that same ‘choral voice’ or some intellectual advice that we may hear or come across with sometime, some day or the other day and we don’t give a heed to it, we don’t care for it, we just take it as a crap. But our stubbornness, carelessness and headstrong self is going to be the victimizer for the victimization at our own hands.

So if we pay heed to the parents, teachers or elder’s advice, recommendation and guidance in our childhood and adolescent or some friend’s advice in our adulthood then we are going to make our future more secure instead of taking it to the extent of that long run demise when we might say someday, ‘it had to be this way when it might have been otherwise’. 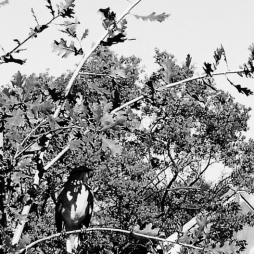